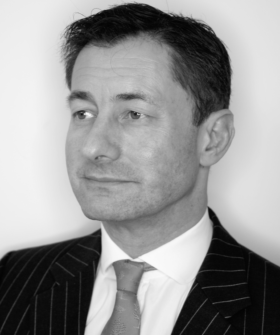 The case saw the judge advise that “Family Lawyers would be well advised in the meantime not to tick either boxes in section F”, as per the advice of the PAG report of July 2019 on pension sharing annexes  [80]-[81] and the dispute covered issues of underfunded pensions, reduced pension credits, moving target syndrome and variation applications.

In the case, the husband and wife had separated in 2013 after 21 years together. Decree nisi was pronounced in 2013 and the financial remedy proceedings determined that:

The husband left the pension scheme shortly after trial. The value of the husband’s company pension CE fund has fluctuated substantially (as below), leading the husband to perceive that his ex-wife might receive more than she ought to.

In December 2016 the pension scheme announced a policy of substantially reducing CEs for the purposes of external transfers on the basis that the scheme was underfunded. Though both parties were unaware of it, the wife was thus no longer bound to accept an external transfer, and internal transfers had become possible again without applying any reduction of the member spouse’s CE attributable to the underfunding, as specified in the Welfare Reform and Pensions Act 1999, schedule 5, paragraph 1(2) and The Pension Sharing (Implementation and Discharge of Liability) Regulations 2000, SI 2000/1053, regulation 16: “The pension provider must first offer the non-member spouse an internal transfer using the full value of the member spouse’s CE” .

The husband applied for a variation of the pension sharing order, to review the % split in the light of the new CE values above. The judge determined that the change in CE did not justify a variation and ordered the husband to pay £100,000 in costs for “pursuing the case to the bitter end”.

HHJ Hess also gave guidance in the postscript on a widespread practice by solicitors in competing section F of the pension sharing annex which runs the risk of solicitors giving regulated transfer advice which would place them in breach of FCA rules.

Michael George is a specialist family finance lawyer with 3PB Barristers and has over 30 years’ experience. He has a reputation for a good humoured and robust forensic approach with careful analysis. He is listed by the latest Chambers and Partners and Legal 500 rankings as a specialist in his field.

To instruct Michael, please email his clerks Ian Charlton on ian.charlton@3pb.co.uk or Rob Leonard on robert.leonard@3pb.co.uk.