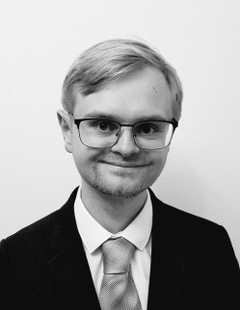 3PB barrister Oliver HirschOliver HirschCall: 2020 (pictured here), a second six pupil coming to the end of his first month on his feet, has obtained a suspended sentence for a client charged with extremely serious allegations involving a bladed article.

Our client, who suffered from several mental health issues, pleaded guilty and due the severity of the charges was facing a starting point of 18 months in custody, even though this was his first offence. Oliver was able to build a good rapport with the client, guiding him through this stressful process.

Oliver persuaded the District Judge that the mitigating factors of the offending were strong enough that, alongside full credit for plea, the term could be reduced to six months, and therefore kept in the Magistrates' Court. Oliver was also successful in arguing for the sentence to be suspended, in the interests of allowing this first-time offender to continue his rehabilitation. When passing sentence, the judge praised Oliver's advocacy as "excellent" and stated that he had been swayed by his submissions.

If you wish to instruct Oliver on any criminal case, please contact his clerk Lee Giles or call him on 01962 868 884.