Long running inquest into the death of Laura Booth concluded 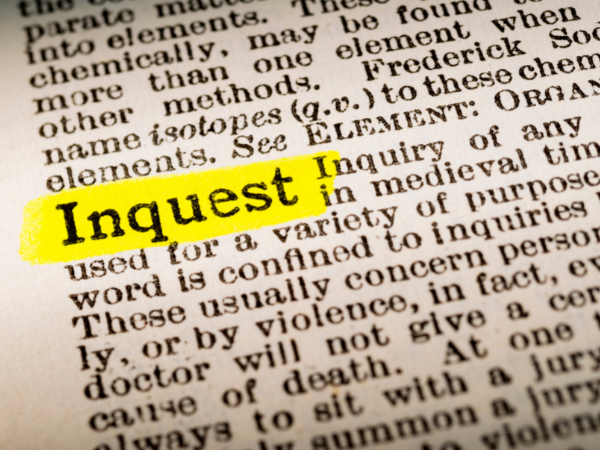 An inquest that saw solicitors instructed in early 2018 concluded that Laura Booth, a young woman who went in to the Royal Hallamshire Hospital in 2016 for a routine procedure, became unwell and developed malnutrition due to inadequate nutrition.

David Evison, a Partner at Anthony Collins, who acted for Laura’s parents throughout the inquest process, says in his write up of the inquest that the coroner found Laura's death was contributed to by neglect on the basis of a finding that there was a continuing gross failure not to provide adequate nutrition for Laura between 29 September and 19 October 2016 when Laura died. In making a finding that neglect contributed to Laura's death the Coroner was satisfied that the failure to provide adequate nutrition to Laura was a gross failure, which more than minimally contributed to her death and that, if the failure had not taken place, the outcome on 19 October 2016 would have been altered.

Laura, who communicated using a combination of makaton and some verbal and non-verbal communication, was born with Partial Trisomy 13 and diagnosed with a learning disability, communication difficulties and a number of medical conditions. Laura liked people, socialising, shopping, handbags and helping her parents around the home. Laura's parents, Ken and Patricia, were her devoted full-time carers and they lived together at home in Sheffield. When Laura was admitted to hospital on 25 September 2016 she was accompanied by her parents who did not leave her side. 24 days later Laura died, aged 21.

The Coroner first listed a pre-inquest review hearing after being approached by a BBC journalist seeking an explanation as to why Laura's death had not led to an inquest in the first place. It appears the concerns regarding her care had not been known or understood by the Coroner originally. Following a number of pre-inquest review hearings and a pause in proceedings whilst an Independent Investigation authorised by NHS England took place, the inquest, conducted throughout so as to be Article 2 compliant, commenced in April 2021. Mark LomasMark Stephen LomasCall: 1983, a specialist personal injury barrister at 3PB Barristers (3 Paper Buildings), represented Laura’s parents.

During the inquest the Coroner heard evidence as to whether best interest meetings had taken place in relation to decisions about Laura’s treatment. Best interest meetings are required where a patient needs help in making decisions about their care due to their mental capacity. Such meetings generally include input and discussion with the family of the patient and should have done in this case, where Laura’s parents had been her life long carers. On this occasion the Coroner has made a finding that the decision making in relation to Laura's care was not in accordance with the Mental Capacity Act 2005 and was therefore unlawful.

The Coroner has issued a Report to Prevent Further Deaths to the Trust concerning the implementation of appropriate procedures, compliant with the Mental  Capacity Act, for decision making in relation to the care and treatment of patients who do not have full capacity to make those decisions for themselves.

Laura's family told the Coroner that Laura had been off her food for a period prior to admission and was not eating food in hospital. The Coroner also heard there was no evidence that there was a single day, throughout her whole admission to hospital, that Laura received her required daily calorie intake. Attempts were made to feed Laura orally via food and nutritional supplements (some of which were not suitable to Laura due to her food intolerances). These were not successful. The Coroner made a finding after hearing the evidence that feeding charts, a tool to monitor a patient's nutritional intake, had not been commenced.

Total Parenteral Nutrition (TPN) which involves providing nutrition directly into a person's bloodstream, was first considered by the clinicians on 29 September 2016. The Coroner heard evidence that dieticians, TPN pharmacists, and various medical doctors were all involved at various stages in Laura's admission in considering the issue of her nutrition but that there was an absence of the required process of best interest decision making in relation to her nutritional needs. Despite numerous discussions, no decision was made to start TPN until the day Laura died. The Coroner heard evidence from an independent expert gastroenterologist that in his opinion TPN should have been started sooner and that he found no evidence that the risk of permitted malnutrition was appropriately considered.

Further information on 3PB’s inquest team can be found here.