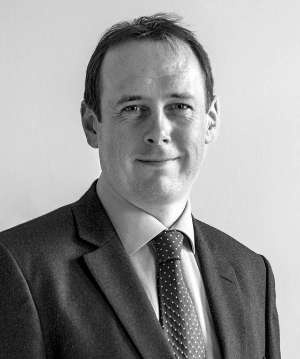 Mathew Gullick QC (pictured here) has been successful in the High Court before Lady Justice Macur and Mr Justice Foxton in the judicial review of the Secretary of State for Justice’s decision to refuse to pay compensation to a claimant whose conviction for rape had been quashed on appeal on the basis of fresh evidence undermining the credibility of the complainant, who alleged that she had not consented to sexual intercourse.

The claimant had insisted during his criminal trial that Facebook messages between himself and the complainant that had been shown to the jury by the prosecution were partial and incomplete, but believed that he was unable to retrieve them himself. After his conviction, the complete exchange of messages was discovered in an archive folder and he was given leave to appeal out of time. The Court of Appeal (Criminal Division) concluded that the new evidence raised a reasonable doubt about whether the claimant would have been convicted by the jury, had they been aware of it, and so the conviction was quashed as unsafe. There was no application for a retrial.

Following the quashing of his criminal conviction, the claimant applied to the Ministry of Justice for compensation to be paid under section 133 of the Criminal Justice Act 1988, on the basis that he had suffered a miscarriage of justice (as defined in the Act). This requires the conviction to have been quashed on the basis of new evidence which demonstrates beyond reasonable doubt that the applicant did not commit the offence.  The application for compensation was refused because, in the Secretary of State’s view, the new facts did not meet this requirement.  The claimant challenged the decision by a claim for judicial review in the Administrative Court, contending that it was irrational, procedurally unfair and breached his rights under Articles 6 and 8 of the ECHR.  The claim was dismissed on all grounds in a reserved judgment handed down on 30th July following a two-day trial in May.

Lady Justice Macur, giving the leading judgment, described the claim for judicial review as “misconceived” and stated: “The statutory scheme is strictly and unequivocally defined. It permits no element of discretion regardless of the privations and traumatic consequences of the conviction upon the claimant; and I have no doubt that this claimant has suffered greatly because of his conviction and imprisonment. However, for compensation to be payable, the newly discovered fact admitted into the appeal proceedings must positively disprove the commission of the offence beyond reasonable doubt, and not merely undermine the safety of the conviction. Appeals against conviction allowed based on newly discovered DNA, scientific or technical evidence which positively exonerates the claimant, or independent alibi evidence prompted by news of a conviction which may do so, will be few and far between.”

She continued: ”It is difficult to envisage a case when the 'new' evidence goes to issues of general credibility and unreliability of a significant witness, in which this test will be met. Specifically, on the issue of consent in rape and other sexual assaults, it is difficult to see what new fact would positively exonerate the applicant and thereby entitle him to compensation, save (perhaps) a wholescale and convincing retraction by the complainant of the allegation itself.”

To contact Mathew about this case or any other matter, please email his Practice Director, Chris Mitchell, on chris.mitchell@3pb.co.uk or call him on 020 7583 8055.