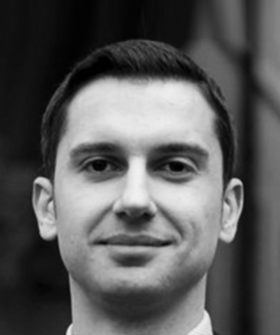 Originally from Russia, he has advised some of the world’s largest companies and financial institutions, as well as ultra-high net worth individuals in complex, high-value and sensitive multi-jurisdictional transactions and disputes.

He is actively developing his chambers' international practice, with a particular focus on Russia/CIS and promoting the English Bar internationally by fostering a legal exchange between Russia/CIS, Ukraine, Central Asia and the United Kingdom.

An energetic public speaker, Nikolai often addresses high profile audiences at leading international forums. A regular media commentator, he is available for interview via his chambers.

Assisted a multibillion US dollar structured investment vehicle in an anticipated hostile creditor action.
Advised a co-defendant in a multibillion US dollar dispute involving a state-owned Central Asian Bank.
Assisted in obtaining freezing injunctions for an Icelandic bank.
Assisted in re-insurance claims for a leading German re-insurance company.
Assisted an African mining company in a dispute relating to a bribery allegation.
Assisted a leading Irish bank in a dishonoured Letter of Credit dispute with an Indian counterparty.
Advised in a high profile multimillion-pound divorce settlement following a successful asset tracing and recovery exercise.
Advised owner of a leading Russian supermarket chain in a breach of contract action against ex business partners, including advice on obtaining a worldwide freezing order and other interim relief.
Advised a Russian party on procedural issues in a prominent CIS banking fraud litigation.

Infrastructure and Real Estate:
Assisted a Namibian desalination plant in its international asset sale.
Assisted a private consortium in the syndication of a €2.2bn loan for the Elefsina-Korinthos-Patras-Pyrgos-Tsakona toll road, Greece's largest infrastructure project.
Assisted an Asian electricity distribution company in the restructuring/relocation of assets in the EU.
Assisted a major worldwide hotel chain in a real estate portfolio restructuring.

Nikolai Lazarev is qualified to accept instructions directly from members of the public and professional clients under the Direct Public Access scheme.