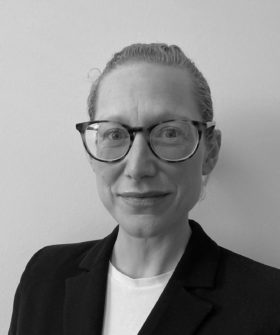 Victoria Sheppard-Jones is a regulatory law and crime specialist barrister who joined 3PB in January 2021 from the Financial Conduct Authority (FCA), where she has been working on an investigation into the Anti Money Laundering and Compliance framework of a large bank. This follows over two years as a Complex Casework Lawyer at the Court of Appeal Criminal Division.

Prior to this, Victoria was invited to join the General Dental Council (GDC) as their interim Head of the Illegal Practice team having previously been on their panel of instructed counsel.

A former tenant of another highly-respected criminal team in a London chambers for nearly ten years between 2007 and 2016, Victoria has experience both as junior barrister alone and as a led junior. Unusually for her previous chambers, Victoria built up a strong financial and healthcare regulatory/disciplinary practice.

In 2014 Victoria spent six months working on a highly-sensitive investigation into the Anti Money Laundering practices in the Middle East branches of a well-known bank. She has also been seconded to a specialist corporate fraud solicitors to join their team in representing two businessmen and their wives in a high profile fraud and tax prosecution alleging manipulation of the Guernsey Stock Exchange.

She was appointed a Fee Paid Judge of the First Tier Tribunal (Mental Health) in March 2020.

Outide of her busy work demands, Victoria is a committed marathon and ultra-marathon runner for charities Beat and Mind with fundraisers including completing the Marathon Des Sables across the Sahara Desert.