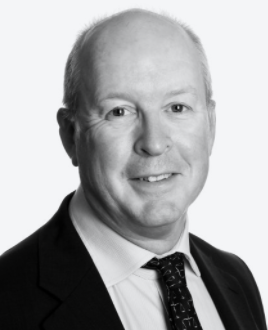 Tim Devlin is a highly-respected and successful trial barrister and adviser on all aspects of criminal law, including serious violence, sexual offences, firearms, drugs, fraud and associated activity. The former MP for Stockton South (1987-1997), Tim was PPS to the Attorney-General from 1992-1994.

Tim is regularly instructed by the Crown on his own - or as leading junior counsel - in serious cases with several defendants. These are often drug, gang or fraud conspiracies. Some of the more high-profile cases have been reported in the national and local media.

He frequently appears opposite Queens Counsel or senior juniors in complex cases or cases of gravity. He is graded as a CPS Grade 4 prosecutor on their Special Casework and Homicide lists and is a rape specialist counsel.

Recent cases include prosecution of 18 members of a gang resulting in pleas by all except 5 defendants who were later found guilty after a trial; a drug conspiracy trial at Ipswich and cases involving guns and drugs at the Central Criminal Court.

Tim is frequently instructed in drug importation and tax frauds. He has acted alone in cases of bank fraud, insurance fraud and frauds by deception on his own and with a junior against multiple counsel for the defence, securing convictions. This is achieved by thorough preparation and reducing complicated facts to simple admissions and schedules.

He was also the successful prosecutor, in Birmingham Crown Court, of the first cyber-crime case - securing the conviction of the man who organised the DDOS attack that took down the Home Office website and that of Mrs Theresa May in 2012.

Tim’s experience of serious sexual offences trials is impressive and extensive. His sympathetic and sensitive approach makes him particularly adept at dealing with young or vulnerable witnesses. He is a RASSO specialist counsel. He was involved in the pilot of s28 pre-recorded cross-examination at Kingston Crown Court.

He is currently dealing with cases as varied as a five-handed retail fraud; five-handed wounding with intent; kidnapping case; causing death by dangerous driving; sexual interference with children; and rape. These are defence and prosecution cases in Hampshire, Dorset and the Isle of Wight.

He supervised the Bar Council's response on Criminal Law and Brexit and is a noted contributor to the Home Office consultation on Hate Crime. In 2021 he was elected a Bencher of Lincoln's Inn.

Outside of a busy career at the Bar, Tim is a keen sailor and counts his membership of the Bar Yacht Club and Island Sailing Club amongst his nautical interests.