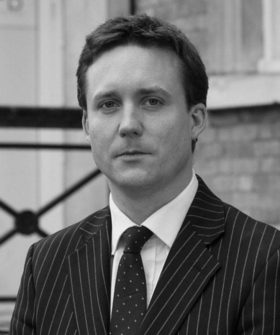 Thomas’s range of employment work includes acting for claimants and respondents in multi-day and multi-party cases, and encompasses all forms of discrimination as well as the operation of the TUPE regulations, unfair dismissal, whistleblowing, claims for wages and breach of contract (including bonus schemes) and protective awards regime under TULRA 1992.

Thomas recently appeared successfully for the claimant in the employment tribunal and then in the EAT by way of written submissions opposing the Notice of Appeal at a preliminary hearing under paragraph 11(8) of the EAT Practice Direction 2013 in a whistleblowing case. Permission to appeal was refused and so the client retained his substantial award of damages obtained at trial when also represented by Thomas.

Thomas also appeared in the EAT for the successful respondent employer in Kisoka v Ratnpinyotip [2014] ICR D17 resisting the claimant’s appeal in circumstances where the employer had maintained its original decision to dismiss the claimant despite the claimant’s appeal against dismissal having been referred to an external panel which had recommended reinstatement - the first appellate decision on this particular point.

Recently Thomas has also acted for the successful parties in cases including:

Other unfair dismissal cases of interest have involved:

Other recent discrimination cases have addressed:

Thomas also has recent experience of applying for interim relief and representing parties at judicial mediation.

Furthermore, Thomas advises employees and employers on the scope and enforceability of restrictive covenants in employment contracts. Recent clients have included a firm of solicitors regarding a new member of staff joining the firm from a similar firm in the same geographical area.

Thomas also regularly gives talks to solicitors and employers/HR professionals on topical employment law issues. Recent topics have included when and how to bring different types of employment claims in the ET or county courts, practical approaches to preliminary hearings and judicial mediation, and recent developments in the law relating to reasonable adjustments.

Before coming to the Bar, Thomas was a professional guitar player and teacher and in his spare time still plays electric, steel-string and classical guitar.