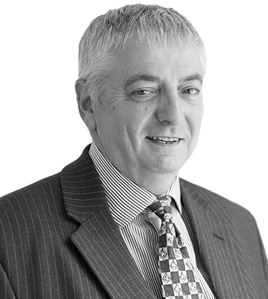 Steven Talbot Hadley has over 30 years’ experience at the Criminal Bar, the jury trial is Steven’s forte. He is an efficient and effective cross-examiner, described as incisive and penetrating, but ‘disarmingly charming’. He is an extremely persuasive jury advocate, praised and liked by judges for his calm demeanour and sense of humour. His closing speeches are well structured, powerful and effective, often described as ‘brilliant’ by his lay and professional clients.

Latterly, a large part of Steven’s busy criminal practice has been dominated by the prosecution of serious and historic sexual offences. This involves careful handling of young and vulnerable complainants and witnesses, many in a family setting and with difficult background circumstances. Steven is very adept at putting complainants and witnesses at their ease both before and during the trial and, as far as the process allows, enabling them to give their best evidence. When defending, he can win over the most challenging of clients and keep them on side throughout the trial.

Steven is particularly expert at taking on complex cases at the last minute with little or no time for lengthy preparation. He has the knack of quickly mastering the salient points and spotting the real issues in the case. His vast experience of being both prosecutor and defender enables him to advance the strongest points in his own case and expose the weakest in the other side.

Steven is happy to share his knowledge and expertise.  In 2013, he delivered a public lecture at Coventry University London Campus entitled “Trial by jury, origins, the present and plans for the future: Has trial by jury had its day?” The answer was an emphatic “No!”

Steven Talbot Haldey practises in all areas of criminal law, both for the prosecution and for the defence, acting either as lead counsel or junior alone. His specialist areas include:

Murder and other serious violent offences including the use of knives and firearms; armed robbery and blackmail.