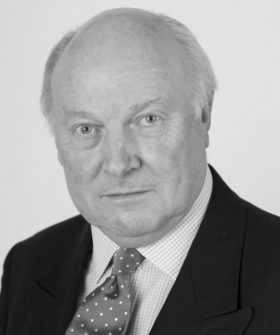 Stephen has spent some time over the past five years advising on the ever-increasing volume of regulation affecting the financial sectors.

He has advised an overseas investment bank in relation to its obligations under the European Market Infrastructure Regulations (MMIR), the Markets in Financial Instruments Directive (MiFID II), the obligations that the Foreign Account Tax Compliance Act (FATCA) imposes (introduced by the American government with effect from July 2013) and of its responsibilities under the Dodd-Frank Act.

The economic situation has also seen a growth in the number of small to medium sized businesses enter the ‘Peer to Peer’ lending market.  He has advised a small British PLC wishing to create a peer to peer lending operation on the regulatory framework attaching to such an operation.

AL Ltd – Advised upon and prepared detailed skeleton submissions for the Chancery Division in the Financial Conduct Authority’s application for a Restitution Order for £17.5 million under s.382 Financial Services and Markets Act 2000.

R v C Z – Successfully argued for a low-level penalty having analysed the way in which breaches of the Control of Asbestos regulations 2012 had occurred. The fines imposed were 1/5th of those originally expected.

GDC v S – Defended in a General Dental Council prosecution in a case involving cosmetic treatment and breaches of the Dentists Act 1984.

Dr. J – Care Quality Commission application for cancellation of a GP’s practice registration under the Health and Social Care Act 2012.

XX – Advised and represented a red brick university in disciplinary hearings of students.

JB – Represented a firm of surveyors who were prosecuted for various contraventions of the Trading Standards Unfair Trading Regulations 2008.

BC v SCS - Instructed to institute and conduct a private prosecution under regulations 8 and 9 of the Trading Standards Unfair Trading Regulations 2008.

Stephen is well placed to advise upon, and conduct, private prosecutions.

R v M – Advised upon the prosecution of a nursery school where a 3-year-old child died in an accident whilst at school. The case eventually went to judicial review where Stephen’s advice as to what course the case should take was approved and upheld by the Queen’s Bench Division.

R v S – Alleged breaches of workplace regulations concerning welding equipment. Employee died in an explosion and the HSE investigated. Advised from the outset and before the client was interviewed. As a result, the HSE were persuaded not to prosecute the client although others were.

Planning Inquiry - Stephen successfully appeared in a public inquiry arguing that the route of an ancient right of way should be changed to allow for commercial development.

R v BP – Alleged breaches of planning regulations over a 10-year period. Successfully argued technical failures in the prosecution case leading to acquittals on all matters and a full indemnity of costs.

R v SL – Successfully argued highly technical issues regarding planning enforcement proceedings taken by a local authority against a person with no legal or equitable interest in the property. Client obtained a full indemnity of the costs incurred.

R v P – A planning enforcement case involving technical submissions regarding the local authority’s litigation procedures. Case resulted in an acquittal after three days of legal argument. The client was awarded all of his costs.

XX – Represented a senior police officer in an inquest involving a death in custody. Prospective criminal proceedings, particularly under the Corporate Homicide Act 2007, did not follow.

XX1 – Represented the family of a deceased who died as a result of alleged medical negligence whilst in hospital. Key witnesses were cross-examined at this critical stage to facilitate the progress of the civil action in clinical negligence against the doctors and the health authority.

XX2 – Client involved in a fatal road traffic accident and was facing a criminal prosecution for causing the death and a civil action for damages. Successfully cross-examined key witnesses at this key stage of the matter resulting in no prosecution taking place.

XX3 – Corporate client, and a director of the company, involved as Interested Parties in a fatality on a construction site. Criminal proceedings were not subsequently undertaken by the police.

Stephen has both written and lectured to several audiences on the Bribery Act 2010 and its implications worldwide.

To date, much of the corporate governance and Bribery Act 2010 work has been in the form of advising organisations as to protocols, procedures and processes.

Stephen has appeared in inquiries and public meetings concerning, inter alia, the retention of medical services (a doctor’s surgery) in a community during health service restructuring, and the inadequate provision of sewage plant by a water company resulting in environmental pollution in an area of outstanding natural beauty.

Stephen successfully represented a client in a public inquiry regarding an application to alter the path of an ancient and historically significant public right of way. Against considerable opposition from residents and historical societies, he was successful.

Other cases and instructions

R v H – Defended a mortician charged with theft of body parts from a number of different hospital mortuaries over a number of years. A non-custodial sentence was secured.

R v S – Defence of a fisherman in which the legitimacy of the entire European fishing quota system was in issue. Issues such as the legislation being unlawful due to reasons of anti-competitiveness were advanced as well as other constitutional issues involving the interaction between UK and European legislation.

WV v A School – Successful defence of the Board of School Governors and three of its teachers against an accusation of racial discrimination.

Stephen has also represented a Deputy Head teacher from a different school who was suspended pending accusations which amount to accusations of gross misconduct and potential summary dismissal. The teacher was reinstated.

Stephen has been instructed by the opposition government of Sri Lanka to advise as to the legal and constitutional validity of the sitting governments legislative programmes.

Stephen Harvey QC is qualified to accept instructions directly from members of the public and professional clients under the Direct Access (or Public Access) scheme.