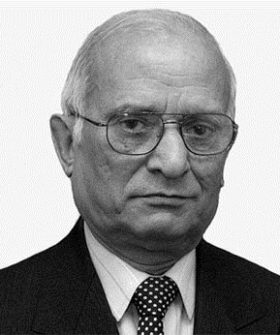 Sibghat Kadri QC  has an exceptional caseload and expertise in immigration and family law disputes with public authorities. The very first immigration case he conducted  was a challenge to the powers of the UK Secretary of State to remove illegal immigrants under the Immigration Act 1971, namely Azam [1973] 2 All ER and [1974] AC18. This early case of his was swiftly followed  by another well-known case, Phansopkar [1976], which has been the subject of much academic discussion. He also conducted the very first case before the Special Immigration Appeal Commission.

His family and immigration law practices overlap because cases often involve recognition of foreign marriages and divorce. Sibghat has conducted several cases involving Muslim sharia law, particularly the recognition of foreign Muslim marriage and talaq (divorce). Many of these cases have had a direct impact on immigration law. One such case was Ghulam Fatima [1985] QB 190, [1986] AC 527 in which Sabghat appeared in the House of Lords.

In the case of Ex parte Khan & others [1995] 2 All ER, Sibghat successfully challenged the power of the Secretary of State (SOS) to detain an asylum seeker pending deportation. The Court of Appeal however allowed the appeal by the SOS in this instance.

Another leading case was Patel, Ahmed, Hussain and others [1998] EWHC Admin 45, INR 57. in which Sibghat led Mr Arthur Blake in respect of six appellants in the Court of Appeal. This was the first case which held that a treaty which was not part of domestic law had a greater effect in relation to the exercise of discretion under the prerogative than it does in the case of statutory discretion.

Sibghat has regularly appeared in public law cases for members of the public against local authorities, including acting in the reported cases of:

In 2015 Sibghat conducted a long case in the Chancery Division involving a dispute between the trustees and congregation of a mosque in the Midlands, namely: