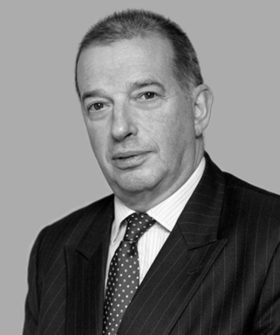 Peter Kent finds job satisfaction in getting parents to put aside their differences and concentrate on the practicalities of childcare and, importantly, the best interests of the children. He has acted in the full gamut of family cases including removal of the child from the jurisdiction, all types of Section 8 orders and cases with a foreign element.

This is a stressful area especially for parents who often lack the objective insight that is needed. Peter has been involved in public law cases since qualification and has seen and adapted to many changes. He acts both for local authorities and parents. While this is increasingly a technical area, he is determined that matters can be resolved as efficiently as the system permits, and ultimately in the best interests of the child.

Peter enjoys the practical challenge of understanding family finances and has extensive experience of dealing with high value and complex cases. As well as this, Peter is alert to the difficulties of low monetary value cases which can be just as difficult as those with high net worth. He has acted on and advised in many TOLATA claims and takes a particular interest in the conveyancing process when acting for unmarried people or for the elderly. He also deals with the Matrimonial and Family Proceedings Act 1984 (applications for financial relief following a foreign divorce).

This scheme was inaugurated in 2012 and Peter qualified as an Arbitrator within the scheme in the early days.
The scheme covers: financial disputes arising from divorce; claims on inheritance from a child, spouse etc; financial claims made in England and Wales after a divorce abroad; claims for child maintenance between unmarried parents; disputes about ownership of a property between cohabiting couples and civil partnership financial claims.
While procedure is flexible, arbitrators apply the MCA 1973 and relevant case law.

IFLA developed the arbitration scheme to enable parties to resolve financial disputes more quickly, cheaply and in a more flexible and less formal setting than a court room. It is also expected to save court resources and reduce pressure on the already stretched family courts.
Peter will accept instructions as an advocate where disputes are within the scheme or to be nominated to act as arbitrator.

Members of IFLA all hope that we can offer a user friendly alternative to those seeking a solution to their dispute. We hope, too, that the flexibility within arbitration can keep costs down and enable a speedier resolution of cases.