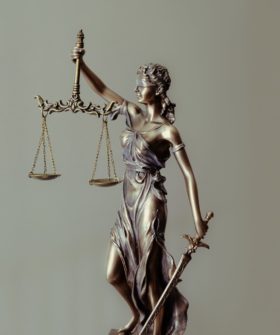 Neil Matthews is an eloquent, persuasive and determined advocate practising in criminal, public and civil law. He has experience of defending and prosecuting in criminal, regulatory and extradition cases. He has acted for clients in the Crown Court, Courts Martial Magistrates’ Court, County Court, Social Services Tribunal and Employment Tribunal. He is regularly instructed across a broad range of matters including violence, drugs, and financial crime.

Neil is a specialist in information law, information governance and the assurance that information systems comply with relevant regulatory frameworks. Neil also has a long term interest in environmental law. He has particular expertise in the analysis and examination of very large evidential data sets including telephone evidence, (geolocation and usage patterns) and financial evidence. As a former company director, Neil has an instinctive grasp of the commercial aspects of cases involving business and finance.

Prior to coming to the Bar, Neil, founded a successful consultancy business and was selected to work in the legal division of Goldman Sachs after a highly competitive selection procedure. He is often described as unflappable, and able to remain calm in exacting circumstances.

Neil has been described as “a rising star advocate.”

Neil plays rugby regularly and is able (on occasion) to dazzle on the pitch despite his seniority in years. He enjoys cycling and triathlon, and has raised money for charity following these pursuits including while cycling from Lands End to John O’Groats.

Neil also has a long term interest and expertise in licensing hearings and regularly successfully defends applications to revoke premises licences, allowing restaurants, clubs and pubs to be able to continue trading.

A former captain in the British army, Neil also deals with Court Martials and Inquests acting for members of the HM Armed Forces and the MoD.

MoD: Neil is instructed to assist the Government Legal Department, on behalf of the Secretary of State, with the preparation for a Judicial Review.

Neil Matthews is qualified to accept instructions directly from members of the public and professional clients under the Direct Public Access scheme.