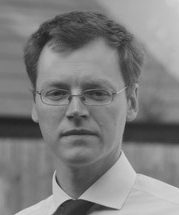 Michael Tomlinson is a door tenant at 3PB.  His practice encompasses a broad range of civil work, acting for both claimants and defendants. This work includes:

Michael was appointed to Attorney General’s Regional Panel, and between 2007 and 2012 undertook civil work, both advocacy and advisory, for all Government departments.

He is instructed to advise and appear in a range of civil matters and regularly appears in fast track and multi track hearings and applications as well as mediations.  He has appeared in courts up to and including the Court of Appeal. For more information please see his specialist profiles.

Although Michael’s practice is predominantly based on the Western Circuit, he is frequently instructed in disputes across the country and undertakes cases nationwide.

Michael undertakes a number of pro bono cases each year.  He has set up links with local CAB offices and undertakes both advisory work and advocacy in suitable cases.  As part of his pro bono work, Michael has taken part in legal projects in both Sierra Leone and Rwanda.  He has also led mediation training sessions in both Sierra Leone and Rwanda.