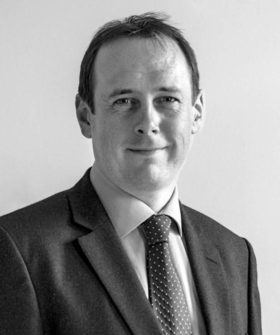 Mathew Gullick QC is an experienced High Court and appellate advocate. He has appeared in more than 30 substantive appeals in the Court of Appeal and the UK Supreme Court.

His practice is focused on public law and employment matters but he is also frequently instructed both on costs issues and on procedural points across the entire spectrum of civil litigation, including in group litigation. He undertakes asset forfeiture work (including on human rights issues) in both the criminal and civil jurisdictions, and is a contributor to one of the leading practitioner textbooks in the field. As well as appearing in Courts and Tribunals, he also acts as a representative in mediations.

Prior to his appointment as Queen’s Counsel in March 2021, Mathew was for 13 years a member of the Attorney-General’s panels of junior Counsel to the Crown in civil matters, including five years on the London A Panel. From July 2015 to November 2018, he was part of the Counsel team instructed by the UK Government in the Kenyan Emergency Group Litigation (KEGL), in which more than 40,000 individuals unsuccessfully brought claims in the High Court arising from their experiences during the ‘Mau Mau’ Emergency in the 1950s. The KEGL was one of the longest-running trials in English legal history, sitting in court for 230 days between the start of the trial in May 2016 and its conclusion in November 2018. The case involved wide-ranging and complex issues including in relation to jurisdiction, limitation, constitutional law, tort (negligence, vicarious liability and common design), evidence and civil procedure.

From January to December 2020, he was instructed by Ofsted on several of the Investigations conducted by the Independent Inquiry into Child Sexual Abuse (IICSA), including those into Child Sexual Exploitation by Organised Networks and into Effective Leadership of Child Protection in which Ofsted was a Core Participant.

Mathew is regularly instructed to appear in the Court of Appeal, the Administrative Court and the Upper Tribunal on a wide range of public law matters. In the employment context, he acts for both claimants and respondents (public, private and third sector) across the field of employment law including unfair dismissal, wrongful dismissal, all types of discrimination, equal pay and unlawful deductions from wages (including the non-payment of bonuses).

He has extensive experience of advising and appearing on jurisdictional and procedural issues, including in relation to many of the more obscure provisions of procedural legislation and rules. Several of his cases are cited as precedents in the leading textbooks on civil procedure.

Mathew is also frequently instructed on costs issues in all types of civil litigation. He has been instructed on numerous high value costs matters, including multi-million pound costs claims in group litigation. He has twice been instructed, as specialist costs Counsel, to make post-judgment written submissions on costs to the UK Supreme Court and has also conducted two multi-day detailed assessments of costs in the UK Supreme Court. Mathew's work in this field has included both Queen's Bench and Chancery matters as well as Tribunal proceedings. His costs practice has also, for example, seen him successfully making and opposing applications for protective costs orders in the Administrative Court, and successfully opposing applications for non-party costs orders against legal expenses insurers.

Mathew has been nominated for the Bar Pro Bono Award three times, on the second occasion receiving a special commendation from the judging panel.

R (on the application of Jalloh) v Secretary of State for the Home Department [2020] UKSC 2, [2020] 2 WLR 418 – a requirement to abide by an overnight home curfew, enforced by electronic tagging, constituted an imprisonment of the claimant for the purposes of the tort of false imprisonment.

R (on the applications of Nealon and Hallam) v Secretary of State for Justice [2019] UKSC 2, [2019] 2 WLR 440 - Article 6.2 ECHR not applicable to decisions to refuse award under statutory compensation scheme for miscarriages of justice; scheme would not breach Article 6.2 even if applicable

Kimathi & Others v Foreign and Commonwealth Office [2017] EWHC 3379 (QB), [2018] 4 WLR 48 - having regard to Article 9 of the Bill of Rights, reports of Parliamentary debates could not be used as evidence of the truth of the extraneous facts referred to by Members of Parliament in those debates.

Contributor to “Millington and Sutherland Williams on the Proceeds of Crime” (Fourth Edition, 2013, and Fifth Edition, 2018) (Oxford University Press)

Mathew Gullick QC advises on and appears in a wide range of employment related matters. He acts for both Claimants and Respondents (private, public and third sector) across the range of employment areas, including unfair dismissal, constructive dismissal, wrongful dismissal, all types of discrimination, TUPE, equal pay, restrictive covenants, public interest disclosure, pensions, breach of contract and unlawful deductions from wages (including the non-payment of bonuses).

He is an experienced appellate advocate. In addition to appearances in the Employment Appeal Tribunal, he has appeared in the Court of Appeal in the case of Sanders v Newham Sixth Form College [2014] EWCA Civ 734, in which the Court clarified the correct approach to analysing claims of discrimination by failing to make reasonable adjustments for disabled persons, and most recently in The Harpur Trust v Brazel [2019] EWCA Civ 1402, [2019] IRLR 1012, the leading case on the approach to calculating the statutory paid holiday entitlement of workers on permanent contracts who only undertake work for part of the year (e.g. during academic terms).

Mathew Gullick QC’s employment practice also extends to advising on and appearing in High Court employment matters. He has been involved in several cases involving substantial six-figure damages claims, including for non-payment of bonuses and commission, wrongful dismissal and breach of a compromise agreement. He has successfully struck out a libel claim brought by an employee against her former employer (a major PLC) in respect of correspondence sent at the time of her dismissal. Mathew also has experience of advising in relation to the provision of references by employers and consequent negligent mis-statement proceedings.

A direct age discrimination claim (acting for the successful Claimant) where the Tribunal found that the Respondent had made the Claimant redundant as part of a management restructure just before his 50th birthday in order to avoid paying a lump sum into the pension fund which would have been necessary in the event he had been made redundant after reaching the age of 50 (which would have enabled him to access his pension early). No consideration had been given to the case for delaying the Claimant’s redundancy for a transitional period to oversee work in progress, as had been done with other employees affected by the restructure; the Tribunal found that had this been done then the Claimant would have been made redundant after his 50th birthday and so would have received his retirement pension early. It rejected the Respondent’s alternative defence of justification and also found that the Claimant had been unfairly dismissed.

Acting for the successful Claimant, a former Executive Director of an NHS Trust with 25 years’ unblemished service who had been summarily dismissed for gross misconduct for alleged misuse of the work email system. The dismissal took effect two weeks before the expiry of an existing redundancy notice period whereupon the Claimant would have received a substantial redundancy payment. The Tribunal found that the dismissal was both unfair and wrongful, concluding that no reasonable employer would have imposed anything more than a written warning and that the Respondent had failed to establish that the Claimant was guilty of gross misconduct. It further upheld the Claimant’s claim of disability discrimination arising from the Respondent’s failure to postpone the disciplinary hearing at which he was dismissed.

Acting for the Respondent at a preliminary hearing in a claim concerning whether or not the provisions of the Civil Service Pension Scheme were discriminatory on the ground of disability – a deposit order was made and the claim subsequently struck out.

A three-day preliminary hearing on whether a carer funded by direct payments was an employee of the disabled persons cared for (but who did not have capacity to contract), their relatives who had day to day control of the employment relationship, the charity which administered the contracts, or the local authority with statutory responsibility for the provision of the care and which provided the funding.

Representing the defendant employer in Court proceedings brought by the employee to enforce payment under a purported compromise agreement which had been sent to the employee pre-signed but with the wrong figure for compensation inserted in error, which was three times higher than had previously been offered to the Claimant in writing. The Court found that the Defendant had orally withdrawn the offer to settle for the erroneous figure prior to the agreement being signed by the Claimant, and that in any event even if that withdrawal had not been effective then the agreement would have been void for mistake.