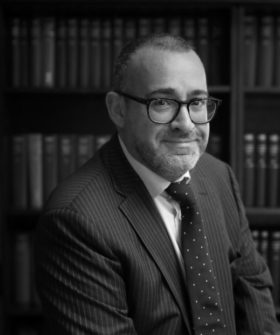 Kevin McCallum QC is a criminal barrister with 3PB, called in 2000 after 10 years as a solicitor in Glasgow both as a Procurator Fiscal Depute and a defence solicitor in private practice. Having called to the Bar, he has specialised in criminal defence work, fatal accident inquiries, inquests and social work referral proofs.

In Scotland, he was appointed as an Advocate Depute in February 2004 and as a Senior Advocate Depute in November 2006 and was responsible for the preparation and conduct of a significant number of intensive, large scale and high profile prosecutions, often including multiple accused.

Since returning to defence practice in 2010, he has been instructed in a wide variety of cases including multiple accused high value drugs cases, fraud and money laundering offences, confiscation proceedings, firearms offences and serious sexual offences including allegations of historic sexual abuse either acting as junior counsel alone, and latterly prior to his appointment as senior counsel, as junior counsel acting as lead counsel with a junior. He continues to be instructed in social work referral proofs.

Kevin also still holds an ad hoc Advocate Depute commission, and is regularly instructed by the Crown to conduct significant and more serious prosecutions such as murder cases and cases involving allegations of serious sexual offending an a case by case basis.

More recently, Kevin obtained qualifications in regulatory law/practice (disciplinary proceedings by professional and employment regulatory bodies) from the University of Aberdeen as well a Masters Degree with Distinction in international commercial law with professional arbitration skills from the same university.

He assisted P G McBride QC in the preparation and revision of the 2nd Edition of McCluskey & McBride on Criminal Appeals (Chapter 8:“Bail and Interim Regulation”).

Kevin McCallum QC (Scot) is qualified to accept instructions directly from members of the public and professional clients under the Direct Public Access scheme.