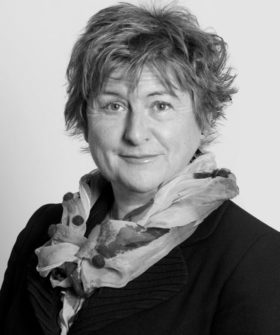 With over 25 years of experience, Jane regularly appears on behalf of the Prosecution and Defence, in some of the most complex and serious cases before the Criminal Courts. Since 2008 she has sat as a part-time Judge in the Crown Court (Recorder). In 2004, she attained the highest level of grading, Category 4, on the Unified list. She is recognised as a Senior Junior within the Criminal Justice System.

Her main area of expertise is in Serious Sexual Offences often involving the young and the vulnerable. Jane also has considerable experience of dealing with cases involving the use of intermediaries, and experts.

She has an excellent "team" working relationships with those who instruct her and good client empathy and understanding.

She has acted for the Serious Organised Crime Unit as Lead Counsel in a major drugs conspiracy involving millions of pounds worth of drugs.

Often involved in the most serious cases of violence which come before the criminal courts such as murder and wounding with intent. Jane was Lead Defence Counsel in an Attempt Murder.

Jane is a Recorder authorised to try serious sexual allegations (Class 2 ticket of authorisation) by the Western Circuit.

She has been instructed as Lead Defence Counsel for one of the men accused, of conspiracy to facilitate sexual offences against women/children and the supply of drugs arising from Northumbria Police's Operation Sanctuary probe, Operation Wren. The trial is listed for 6 weeks from 21st August 2017.

Jane has also an equal balance of Prosecution and Defence work in the areas of serious violence drugs, and cases involving death such as Dangerous Driving.

The Defendant entered a guilty plea  to manslaughter at a plea and trial preparation hearing in July of this year. The Prosecution had rejected his plea and sought a trial upon the charge of murder. The sentencing Judge, Mr Justice Jacobs imposed a sentence of 10 1/2 years imprisonment upon the manslaughter count.

This case attracted considerable publicity including broadcast features on the national and regional news and reports in the national press. This included the BBC report here.

R v Alex Morris
Wolverhampton Crown Court March 2019
[See news link]
Jane Rowley was instructed by West Midlands Solicitors to defend a 22 year old man suffering from anxiety and ADHD in a case involving multiple counts of rape, coercive and controlling behaviour by his ex-partner during the three years of their relationship.
The trial involved the services of an intermediary to assist a vulnerable defendant with communication difficulties.
Unanimous verdicts of not guilty were retuned on all 8 counts of the indictment after 4 hours of deliberations following a nine day trial.

R v Asad and others (Operation Wren) Newcastle Crown Court 2017
Lead Defence Counsel for one of 5 men accused of trafficking for sexual exploitation, sexual activity with a child, conspiracy to facilitate the prostitution of children and the supply of drugs. The trial arose as a result of Operation Sanctuary/Wren which was one of the largest police investigations into the sexual exploitation of vulnerable girls/women ever mounted in the UK. The case involved groups of men inciting girls as young as 13/14 to properties in the north east where drugs and alcohol were made available to them in exchange for sexual services. The Defendant was acquitted on two counts of conspiracy to arrange/facilitate the prostitution of a child, and one count of paying for the sexual services of a child.

R v I and others (Operation Doublet/ Rochdale Child Abuse Cases) Manchester Crown Court 2016
Between September-December 2016 at Manchester Crown Court, Jane Rowley successfully defended a client, who had been charged with sexual assault/rape in a multi-handed trial arising from the multi-agency Rochdale Child Abuse Enquiry. The trial involved numerous child complainants alleging systematic abuse by a number of Asian males, all of whom were convicted save for her Defendant and one other.

Defending Counsel in a trial involving historical sexual abuse/rape charges from the 1950's/60's, by two sisters against a family member.

Lead Prosecution Counsel in an 8 handed conspiracy to supply class A and B drugs on a significant scale, involving a joint covert surveillance operation between the Hampshire and Lancashire police forces. The total wholesale value of the drugs seized was in the region of 1.7 million pounds.

R v Tough [2013]
Defended a man with significantly limited intellectual functioning accused of rape and sexual assault in a secure accommodation unit. The case involved issues as to fitness to plead and the Defence were assisted by the use of an intermediary.

R v Wollen [2013]
Defended in a case involving allegations of serious sexual assaults including rape against a step child. An important aspect of the case was the understanding and interpretation of expert medical evidence on sexually transmitted disease.

HSE v Calsonic [2011]
Prosecuting Counsel for the Health and Safety Executive, in a death at work case at a Factory.

During her career Jane has acted for members of the armed forces in proceedings before Court Martials and in the Criminal courts. She has successfully defended service personnel facing serious sexual offences, crimes of violence, drugs, and those facing disciplinary proceedings. She has worked closely with members of the SAS/Welsh battalions during her time in practice in South Wales and the West.

Jane also has considerable experience  of disciplinary tribunals both as a regulatory lawyer and as a Legal Assessor advising regulatory panels in professional disciplinary hearings. She is fully aware of the security and sensitivity involved in military cases and has obtained official secret/security clearance through her work as a Prosecutor both on the Attorney General’s list of approved Counsel and as Crown Counsel Criminal, both in the UK and abroad.

Jane is known for her forthright approach and fearlessness in defending those facing serious matters which may impact upon their careers and/or liberty.

At the start of her legal career Jane Prosecuted for the Crown Prosecution Service dealing with motoring offences from charging decision through to trial.

During her time as Crown Counsel for the Attorney General (Cayman) she was responsible for licensing matters and Prosecuting high profile cases involving deaths serious injury often involving complex scientific/technical issues. She has extensive experience of challenging expert evidence and dealing with complex issues law and fact.

She now deals with the more serious and sensitive cases in the higher courts, often involving death or serious injury. She also sits as a Part Time Judge in such cases, often on appeal from the summary courts.

Another area of specialisation is appearing for Defendants facing motoring charges in the Magistrates Courts where she has an excellent track record of achieving acquittals and avoiding disqualification/bans. These cases are usually handled on a privately paying basis.