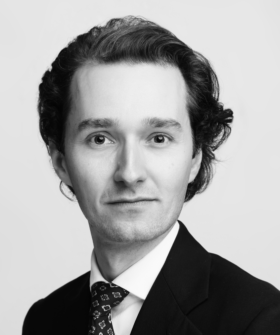 Jakob Reckhenrich specialises in commercial and contractual disputes. He joined 3PB after completing pupillage at Monckton Chambers and working as a judicial assistant in the Commercial Court, where he assisted Mrs Justice Cockerill, Mr Justice Butcher and Mr Justice Jacobs.

Jakob is regularly instructed at all stages of proceedings, providing advice, settling pleadings and appearing in court at interlocutory hearings and trials. Jakob welcomes instructions in all commercial matters. He has a particular interest and experience in claims relating to points of agency law, misrepresentation, the law of guarantees, restraints of trade, duress, estoppel arguments, termination of agreements, incorporation of terms and penalty clauses, deceit and conspiracy and the enforcement of settlement agreements. Jakob is also experienced in dealing with international matters. He is currently instructed in a dispute between an English and a European company and, at the Commercial Court, frequently assisted in international matters, including Dynasty Co for Oil and Gas Trading Ltd v Kurdistan Regional Government of Iraq [2021] EWHC 952 (Comm), which concerned state immunity and forum non conveniens, and Transfer Wise Inc v Decker [2021] EWHC 1777 (Comm), which concerned an application to set aside an order enforcing an arbitration award made in the US.

Jakob came to the Bar after working as an academic philosopher for a few years, completing his PhD and teaching at Brown University after studies at University College, Oxford and in Berlin. He also spent half a year working in the corporate strategy department of a major German group of companies.

Jakob is fluent in German and has a working knowledge of French.

Outside his work, Jakob keeps trying to become a proficient pianist, alas, with no great success.