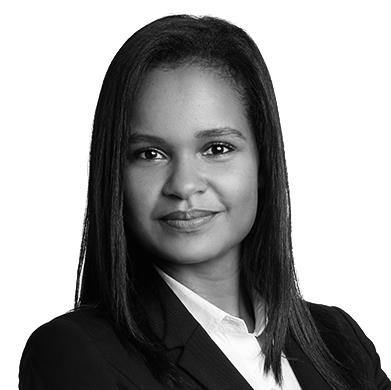 Georgina is a Pupil Barrister, concentrating on civil and commercial litigation, at 3PB in London. As an enthusiastic lawyer and linguist, she is bilingual in English and German, speaks French fluently, and enjoys the linguistic, cross-cultural and comparative law challenges of working internationally.

Before commencing pupillage, she worked as a Compliance Advisory and Assurance Specialist for Ireland and Germany at Canada Life Assurance Europe. Georgina has worked in consultancies in Switzerland and the U.K. (Ernst & Young), in law firms (Linklaters LLP, Baker Botts LLP) and international organisations (NATO) in Belgium, as well as the County Court in the U.K.

Georgina exemplifies an intercultural aptitude, pragmatism and empathetic approach suitable to a diverse client base. Having worked closely with local and foreign solicitors, frontline sales staff and business consultants, Georgina has an excellent grasp of the commercial reality clients operate in. Her commitment to a high standard of confidentiality is supported by her valid and ongoing NATO security clearance.

As a legal intern in the global US law firm Baker Botts LLP, Georgina demonstrated a strong work ethic and can-do attitude when making herself available 7 days a week to draft updates for clients on EU sanctions legislation (Ukraine/ Russia) and to carry out research on the proposed $35 bn oilfield services merger Halliburton/Baker Hughes.

At Linklaters LLP, Georgina learned to familiarise herself quickly with a variety of industries and sectors that were new to her, including automotive, banking, cocoa, construction, pharmaceuticals, and sparkling wine.

Georgina assisted with the research, legal analysis and drafting of the written observations in German and English in the reported consumer contract case C‑191/15 Verein für Konsumenteninformation v Amazon EU Sàrl and accompanied counsel for Amazon to the hearing of the reference for a preliminary ruling in the Court of Justice of the European Union in Luxembourg.

As an Advocate Georgina held client conferences and appeared in front of judges in the county court where she developed her resilience to both time and financial pressures. She marshalled HHJ Halbert in RTA/PI cases in the Chester Civil Justice Centre and visited Lord Reed in the UK Supreme Court where she observed the public law case of Aster Communities Ltd v Akerman-Livingstone [2014] EWCA Civ 108.

In the fraud investigation and dispute services team at Ernst & Young (EY), Georgina carried out quality control reviews on an e-discovery project concerning the bribery of foreign officials under the DOJ/SEC enforced Foreign Corrupt Practices Act (FCPA) in the pharmaceutical sector.