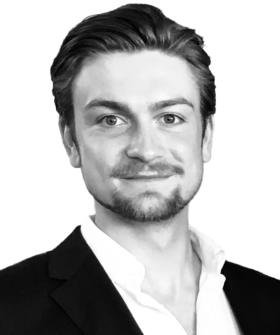 Elliott Stenson is a pupil barrister based at 3PB's Bristol office. He is keen to develop his employment and civil/commercial practice.

Prior to obtaining pupillage, Elliott completed his law masters at the University of Bristol, specialising in individual employment rights, which he passed with distinction.

Outside of academic studies, Elliott was employed as a legal rights advisor at Working Families, a national charity providing employment law advice to working parents. In doing so, he provided written and oral advice, conducted webinars, and appeared on BBC Radio and the Mayor of London’s Employment Law Hub. Elliott provided guidance on discrimination, unfair dismissal, and flexible working. This legal advice service won the Excellence In House award at the 2021 Law Society Awards.

During his first six, Elliott has seen a diverse range of tribunal work, from preliminary hearings to EAT appeals. He has drafted applications, statements of case, schedules of loss and skeleton arguments.

Prior to pupillage, Elliott had the opportunity to engage in civil work through the University of Bristol Law Clinic. He advised and assisted with various breach of contract and property disputes, drafted pre action correspondence and provided legal advice. When studying for the Bar, he specialised in commercial work, which involved drafting statements of case and opinions for various forms of commercial dispute.

During his non-practising period of pupillage, Elliott has obtained experience in a variety of commercial and civil claims. He has seen and assisted with a wide range of civil court work, from cost and case management hearings to fast track and High Court trials. He has drafted statements of case, advices, skeleton arguments and applications in the civil context.

During university, Elliott found success in regional and national mooting and mock trial competitions, both as a law and non-law student. He was also a member of the University of Bristol Law Clinic’s specialist inquest team.

Elliott has conducted legal research for the UN Office on Drugs and Crime through Lawyers Without Borders. The purpose of this research was to assist with the training of prosecutors in Namibia tackling gender-based violence.

Outside of law, Elliott is a frustrated Tottenham Hotspur fan and enjoys playing football, gaming and keeping fit.