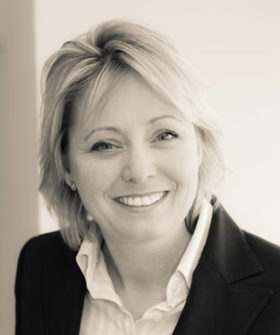 Elisabeth is a highly experienced advocate with over 20 years experience in practice and is known for her clear and persuasive court room advocacy, her approachable nature and meticulous attention to detail. She has undertaken the most serious of criminal cases including multi-defendant and multi-agency prosecutions between Complex Case Work (CPS) and the Border Agency, significant cases of fraud, murder and manslaughter and cases which involve public profile. She prosecutes and defends in equal measure and has been on the highest grade specialist list of prosecutors for over 10 years .

She comes to regulatory work from the unusual route of having sat in various judicial positions in that field rather than being an advocate in that area first.

She sits as a Recorder in the Crown Court dealing with all manner of criminal cases (including environmental crimes). She sits as a Deputy District Judge hearing civil cases which have included building cases and regulatory breaches.

She has five years experience of being a part time coroner during which time she had held over 200 inquests which include those which touch upon deaths in custody, deaths which have an association with medical treatment and Health and Safety deaths. She has worked as a part time Coroner in three separate jurisdictions (West Sussex, East London and Birmingham).

Elisabeth has sat as a lay member on the Investigations Committee for the General Dental Council for three years determining purely regulatory matters.

She has also been appointed to sit as a part time Judge in the First Tier Tribunal (Mental Health).

She is currently engaged on an EU funded project in West Africa to draft a manual for the prosecution of environmental criminal offences.

Pursuing a life long interest, she is also about to embark upon a Masters in Law in Maritime Law (incorporating environmental law subjects).

She has recently concluded a very significant Trading Standards case where she appeared as leading junior for the central Defendant in a prosecution that had been commenced in 2012 and involved the actions of 5 companies trading within the holiday and leisure industry.

Elisabeth is a trained civil/commercial mediator and has studied a diploma course in Forensic Medical Science.

She has been a trainer for the Bar Counsel for four years running regulatory courses and regularly gives talks to fellow professionals on recent changes in Criminal Law.

She speaks Swedish and Spanish.