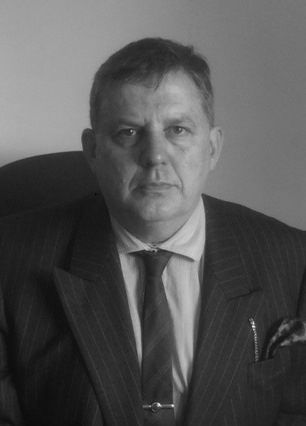 David is an experienced criminal law advocate who prosecutes Level 3 and 4 cases at Court Martial, both contested and plea. His main areas of practice are serious sexual assaults and wrongful death cases, focussing on expert evidence as to causation and or identity.

David has prosecuted a large number of rape cases, including allegations of historic sexual assault. He has also dealt with wrongful death cases involving issues of causation (manslaughter/murder) and has appeared in the Court of Appeal  on numerous occasions, including in the cases of R v Squires, R v Twaite and R v Neill.

His practice also includes the prosecution of offences committed during military operations. This has also included arguing fitness to plead in R v Beddoes and resisting an appeal against conviction for murder in R v Blackman (a Marine Murder case).

His responsibilities include providing instruction to new prosecutors, with a particular focus on advocacy, serious sexual assault, and the obtaining and adducing expert evidence at trial.  He advises on normal interlocutory or other applications such as abuse of process, and fitness to plead, and drafts charges and advice on evidence, and skeleton arguments.
Admitted as a Solicitor in England and Wales: 1999

Graham Taylor v Phillip Ruddick (Minister for Immigration) [1999/2000]
Nisi application judicial review in High Court of Australia. This was an application in respect of a decision to deport a resident UK Citizen who had lived in outback Australia since age of 7 now aged 40. Federal Court jurisdiction restricted by statute. Obtained stay of proceedings in Federal Court in respect of deportation pending application to High Court. Nisi order obtained single Justice High Court for writs of prohibition, certiorari, mandamus and habeas corpus.

R v Boal [2015]
This case involved an allegation of rape in marriage and domestic violence 15 years ago. The offending occurred in Germany. The case raised issues of consent within a marriage. In respect of the rape, the wife was asleep at the time it commenced. Conviction.

R v Graham [2014]
RAF Scout leader in West Berlin in 1983-87, sexually assaulting cubs and scouts. Pleaded to some but not others. Seven complainants at trial with another four complainants pleaded to. Case relied on successful bad character applications based on similar fact evidence. This was a
Court Martial with a civilian jury. After two week trial accused convicted.

R v Jenks [2014]
This case involved the rape of a female soldier in barracks, when both drunk. The case was complicated by the fragility of the complainant’s mental state. Having obtained a psychiatric report a successful application was made for a Ground rules Hearing under CPD 13. There was substantial pre trial argument in respect of bad character and s.41. This trial resulted in an acquittal.

R v Jones [2014]
Court Martial at Bulford. Case involved allegation of sexual assault while female soldier was drunk and asleep in bed. This case revolved around expert DNA evidence and its interpretation. Conviction.

R v Rowe [2015]
Royal Marine Warrant Officer accused of stealing from USMC PX store in California, while on exercise. Defence application based on psych and medical evidence was that he was suffering from a state of non insane automatism, and dissociative states as a result of dehydration and immediate stress leading to extreme panic attack. Defence called a physiologist Phd to give opinion that accused was suffering from dehydration leading to non insane automatism. This opinion evidence struck out in re trial argument on basis that physiologist not qualified to make such a diagnosis. At trial Defence psychiatrist accepted that not a case of non insane automatism. Remaining issue was whether accused was in a dissociative state or rather was this a case of psychiatric malingering. Defence also argued pre trial that evidence collected by US police failed to comply with PACE. It was sufficient that US police complied with Miranda v State of Arizona [1966]. Conviction.

R v Shuttlewood [2015]
Multiple rape allegation by older boy on young underage females in Germany. This was a case of grooming and the argument was that victims did not have the freedom to consent. This case had a civilian jury. Conviction.

R v William Clark [2015]
Allegations of indecent assaults on two boys aged 9 and 13 in Germany in 1984 and 1987 while babysitting in West Berlin in 1984. A large part of the case revolved around the successful application to adduce similar fact evidence in this trial. Conviction. This case had a civilian jury.

Military
David's criminal law practice includes the prosecution of offences committed during military operations. This has also included arguing fitness to plead in R v Beddoes and resisting an appeal against conviction for murder in R v Blackman (a Marine Murder case).

David has been security cleared (DV’d) by the State enabling him to have access to classified and other sensitive material. Without such security clearance, the more serious and sensitive cases would be closed to an advocate.

David was admitted as a Solicitor in England and Wales in 1999.