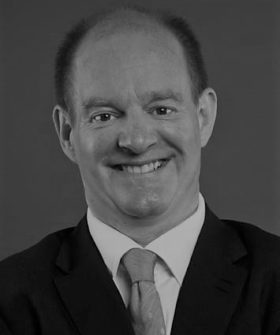 He has acquired a huge amount of experience in arbitration, as Counsel in both international and domestic arbitrations (Scottish and English seats) and under various institutional rules (ICC; LCIA; LMAA; ADCAAC).

David is a Fellow of the Chartered Institute of Arbitrators (FCIArb), holds Chartered Arbitrator Status and is on the panels of many worldwide arbitration institutions.  He has held Higher Rights of Audience before the Dubai International Finance Centre (DIFC) and has appeared before the Eastern Caribbean Supreme Court. He is Honorary Professor of International Arbitration in the School of Law, University of Aberdeen. He is also an Accredited Mediator (CEDR) and has acted as counsel to mediations as well as having accepted appointments as mediator.

He was appointed as an ad hoc (part time) Advocate Depute (Crown Counsel) in 2012 which was renewed in 2017. In 2011, David was also appointed as Security Cleared Special Counsel.

David has also published over 15 articles in various publications including Scots Law Times, Journal of Psychiatry, Hume Papers on Public Policy, and Journal of Legal History in the fields of Scottish legal history, procedure, travel protection legislation and arbitration.

David Parratt QC (Scot) is qualified to accept instructions directly from members of the public and professional clients under the Direct Public Access scheme.